How NOT to Slow in a Fast Paceline

You are here:
Quick TipsTraining 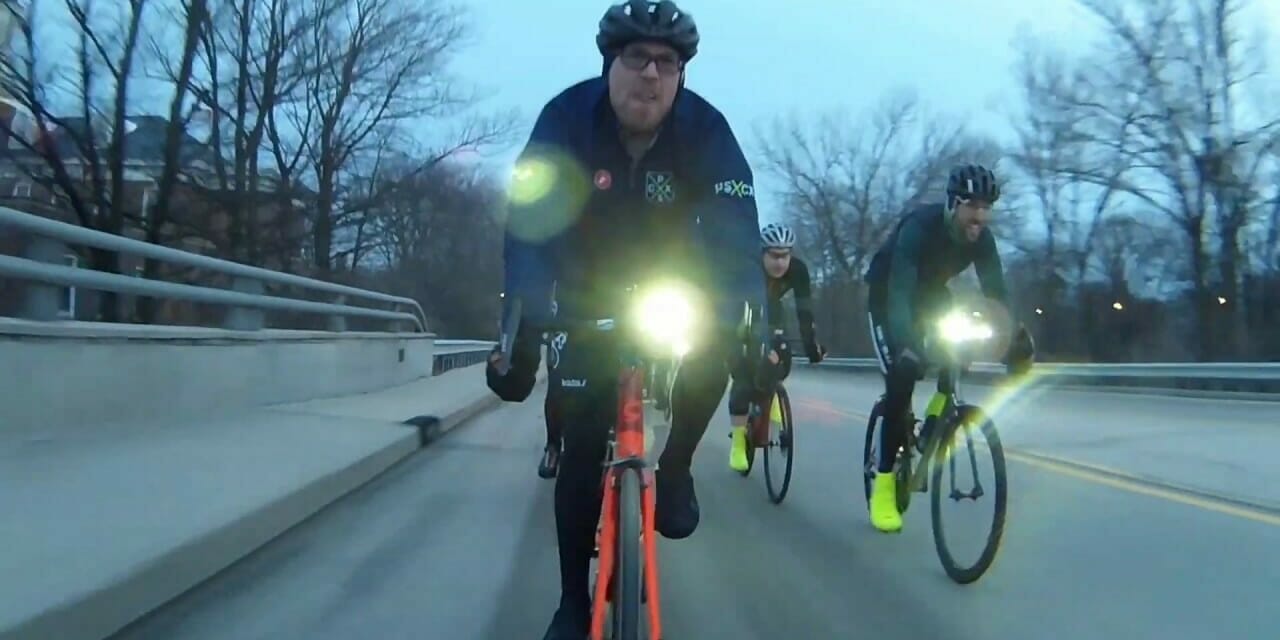 This week has been recovery and “fun” in the schedule for me. I’ve taken that opportunity to do some fast group rides with the “big boys” in Chicago. That means getting in a fast paceline.

So I joined the “Judson”. This is a fun group ride that starts in Evanston, IL and heads North for a 40 mile loop. Many Cat 1, 2 and 3 criterium racers are there and the pace is pretty fast… Until someone crashes in the paceline.

We were doing a nice rotating paceline coming over a slight hill after accelerating from a red light. As we crested the hill, a garbage truck had just pulled out in front of us. The truck was close, but we had enough time to signal the event and then slow down. I was the second rider in the line when it happened.

As Joe slammed his breaks he went head over heals over his handle bars and landed on his back. Fortunately, he did not break any bones, had no concussion, and his bike was OK. He got really lucky.

Be as predictable as possible

The lesson learned from this is when you have the space, slow predictably. Make sure to signal the slowing with hands or yelling. As you slow, use the space next to the rider in front of you to give the people behind you enough time to react. Remember that rapid, unexpected slowing has a domino effect that gets worse the further you are from the sudden event at the front of the line.

Keep your head up

When riding in a group, avoid looking at the wheel of the rider in front of you. Always keep your head up and eyes ahead so you can see 2-3 riders in front of you, while maintaining awareness of their movements.

Have an exit strategy

Many riders believe that staying aligned behind the rider in front of them with precision is the best way to ride in a paceline and take full advantage of the draft. While it’s true that you will get the most drafting effect that way, it leaves you vulnerable and without many options for avoiding a crash.

It is better to stay a little to the right or left of the rider in front of you, depending on your location and the terrain, so that you are better positioned to swerve to avoid crashing into the rider in front of you. You will still benefit from the draft. In addition, this will give you the opportunity to always be evaluating where you could safely go should you need to swerve.

In summary, when something sudden happens in a paceline: