The Mafia Holiday Ride in Chicago

You are here:
How toTraining 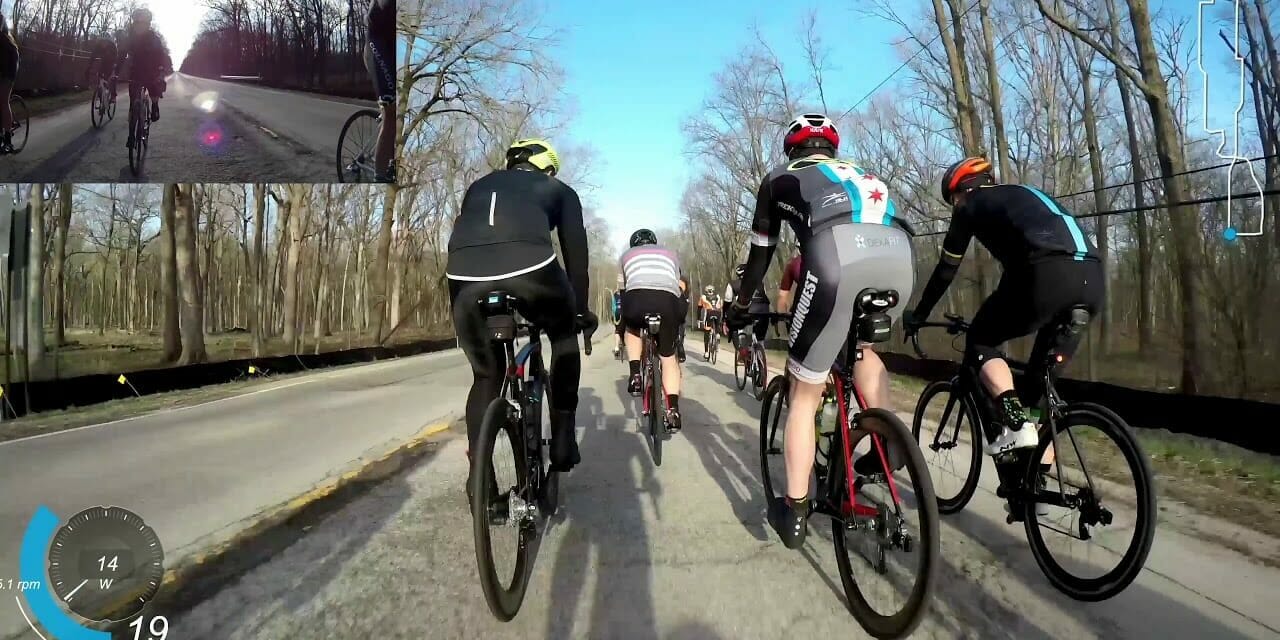 The Mafia Holiday Ride (or simply “Mafia Ride”) is a group ride that leaves from the Deerfield Train Station at 7:30AM on holidays or holiday weekends only. The ride usually occurs on Easter, Mother’s Day, Memorial Day, Father’s Day, and Labor Day. It’s a good idea to check the Mafia Facebook Page to confirm the dates, as rides are added and removed based on weather. The course is a 54-mile loop heading up north and back. You can see it below.

What to expect on the Mafia Ride

The Mafia Ride is a large and FAST group ride. The ride does not stop for mechanicals, flats or dropped riders. Therefore if you get dropped, prepare to either take the shortcut and regroup, or ride home alone. The ride can have anywhere from 20 to over 70 riders. And the riders’ abilities vary widely, so plan to see some carnage at the back along with unsteady wheels and basic stupidity.

I do the ride to see friends and improve my group riding (crash avoidance) skills. My general goal for the ride is have fun, stay save, and avoid crashing. In this last ride over Easter, I had the added goal of riding with Theia and keeping her connected and safe too. We mostly accomplished that goal until the group decided to run a full red light with incoming 4-lane traffic. I made it through, but Theia stopped.

The ride is fairly easy if you ride in the middle of the pack so long as you know where on the route the pace changes and prepare for it. Here are the pressure points:

How to avoid getting dropped on the Mafia Ride

Here is how I recommend you avoid getting dropped.

The shortcut to reconnect if you get dropped

If you do get dropped from the ride there is a shortcut you can take heading west. Normally the group turns west at 104th Street. Riders that get dropped around mile 22 can do the following:

The shortcut saves about 10 minutes, so don’t dilly dally around. Head south on Hunt Club and ride tempo. After running the red and then stopping for Theia, we took this shortcut and picked up a few riders along the way. The group eventually caught us. The faster guys really don’t like this shortcut. The fast group is safer with fewer riders. But I had a legit reason to take the shortcut so I don’t feel bad this time.

This is the FULL Mafia Ride route (without the shortcut).

The ride leaves at 7:30AM sharp and can get very large if the weather is nice. If you don’t like riding with 50+ of your “closest friends” don’t do this ride. Every time I do the Mafia Ride something dumb happens including: running reds, touching wheels, bumping, etc. There can be jockeying for position, but it’s not a road race. People will let you in: especially if you are strong. Watch out for carnage at the back. Nothing good happens in the back, but if this is your first time doing the Mafia and are unsure if you can hang it’s probably safer for everyone else for you to ride in the back. You will likely get dropped, but in the back you won’t take out the group.

The ride is fast and surges. It simulates a road race so prepare to go hard out of all turns. The crosswinds can be brutal and they change from ride to ride. The ride is easiest in the top 1/3 of the group. Because the ride can get very fast, close down every gap immediately. DO NOT WAIT. Every hill is hard, but none of them are longer than a minute or two. I think the unwritten goal of the ride is to drop everyone. So if you don’t get dropped, you won the ride (in my book).

I hate to sound like a “bike snob” but don’t wear a Pearl Izumi jersey that flaps in the wind. This is a fast ride with some real animals. If you are going to do the ride, get aero and look like you belong. Old kit that doesn’t fit is for the trainer, not the Mafia Ride.